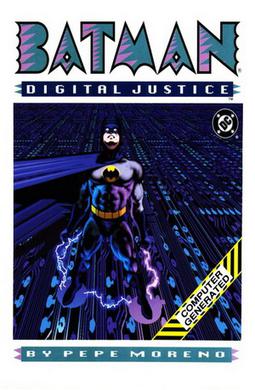 So I feel like everybody in my age range knows of this comic, but somehow I don’t know anyone who has actually read it.  Even my friend Jason Young of Gutter Trash who has Batman as his favorite character said he’s owned it for years & has yet to read it.  I think part of the issue is the price point on it was pretty high at the time, published at an artbook price of $24.95 in 1989 when comics cover prices were typically $1.75.  I always had a certain interest in it, but not at $25 & I recently stumbled on it for $3 (which is a dollar less than a current issue of Batman on the stands, so I picked it up).
So I was a fan of the comic Shatter (the first major computer drawn comic) & this came out 4 years later & it’s hard to tell if this was directly influenced by it or it was just natural for early CGI comics to have a dystopian cyberpunk/Blade Runner edge.  It’s a fun quick read that stands alone & works for anyone with the smallest amount of Batman background knowledge & might even work without it as it is set 50 years in the future with a new person taking up the Batman mantle as a Joker computer virus takes over the city.  The art is interesting as well as highly dated & you can see the technological limitations in it with larger panels ending up less detailed.  In the end, if this sounds like it’s worth checking out to you, it probably is either as a stand alone Batman tale or a relic of 30 year old computer art.  A couple pictures below. 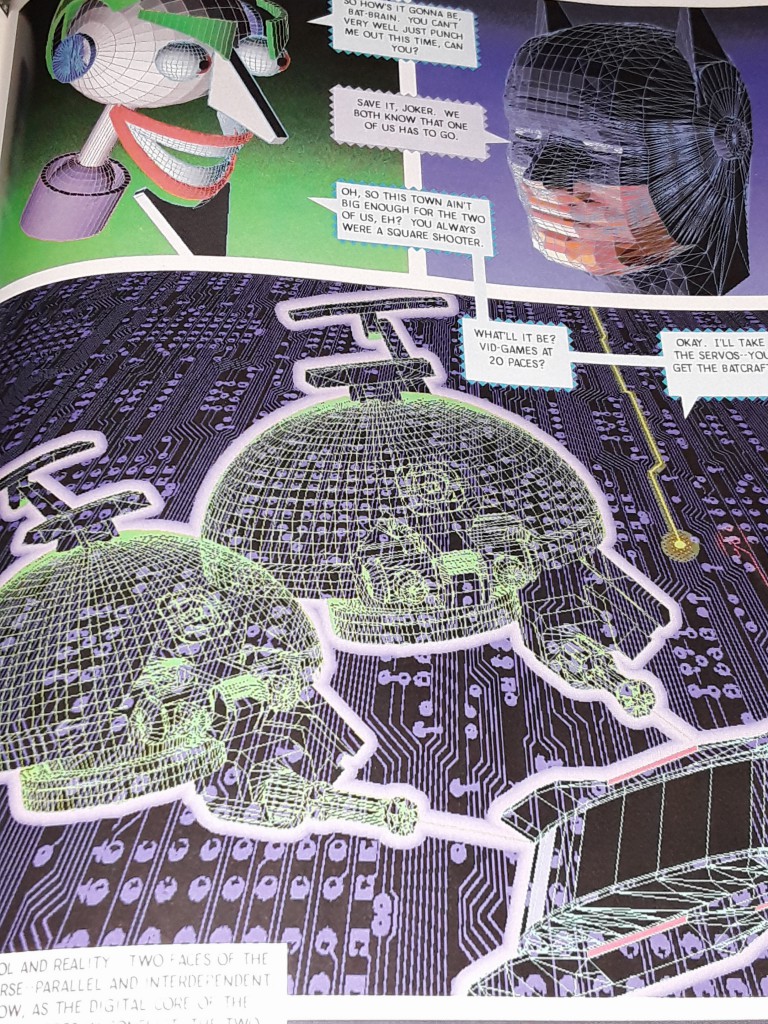 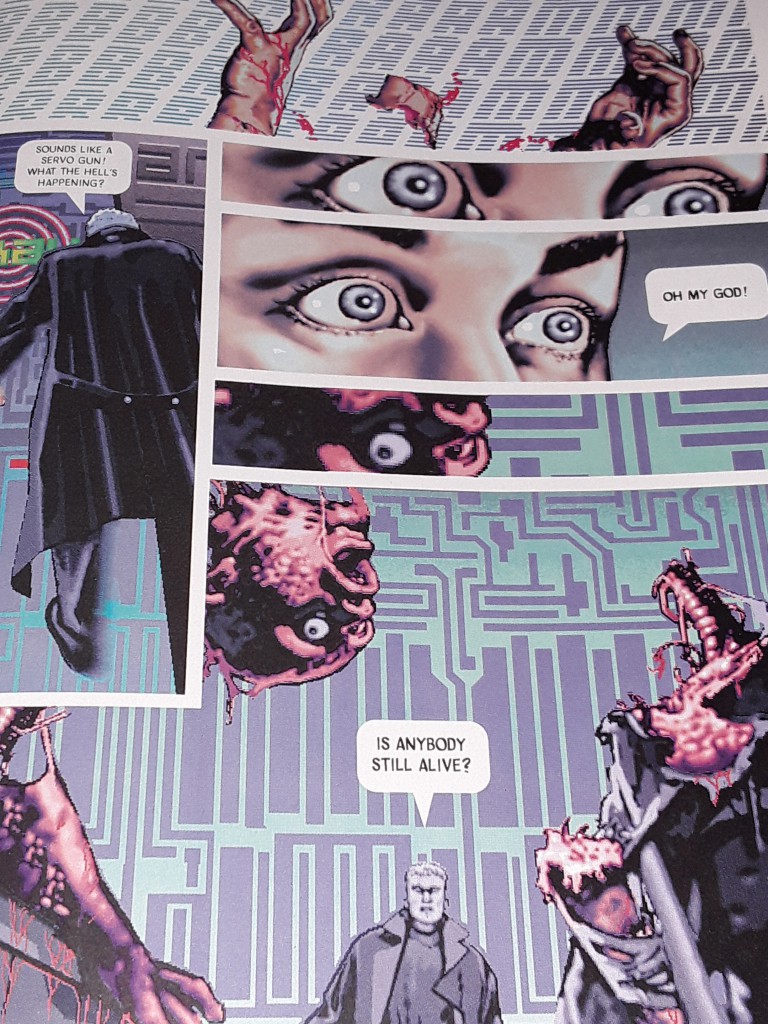 This entry was posted in comics, finally checking it out, reviews and tagged batman, batman digital justice, Comic, Finally Checking It Out, review. Bookmark the permalink.