Hope all is going well.  A lot going on here at Silber Headquarters.  Music, QRD, movies, comics, it’s all happening at once.

We just released two new shoegaze oriented releases.  First we have an installment in our 5in5 series from Poland’s Fullness Off Lack & it leans more towards the post rock & drone side of the genre.  Then we have the first full-length album from Myrtle Beach’s Ocean Forest & it lends itself towards both the post punk & jangle pop ends of shoegaze.  Links below to listen or download or you can hear them along with other recent releases on Spotify here – http://tinyurl.com/latestfromsilber

Our good buddy Joe Badon has been working on a film called The God In My Ear for a little while now & when it comes out the odds of you hearing some Small Life Form audio sculptures in it are pretty good if you pay attention.  Will let you know more about the film as it gets ready for release.

I recently got invited to take part in a project done by my friend Jeremiah Paddock where he sends a microcassette recorder in the mail to me to record whatever I want.  I like the idea of it bringing a return to immediacy & fun to music.  Hopefully I’ll have more info on that in a few weeks.

There’s a lot more new music coming soon from Max Kutner, Chvad SB, Small Life Form, The Corrupting Sea, Andrew Weathers/Shaun Sandor, Petri Dish, & a few compilations.  Pretty excited to feel like I’m at a place where a lot of the releases that have been kinda waiting in the wings to come out will be out soon.

The new issue of QRD is shaping up to be a bit of a behemoth with interviews in the guitarist, tour musician, comic shop owner, label owner, & cartoonist series.  Hoping to get it ready in a week or two.  I’m hoping to move back into some of my catching up interviews with folks in the next issue or two.

A few of my comics made the nod for SPACE prize nominations (REH: Another Life #1, REH: Me & Bob, Daughter of Brothers & Daughters), which is always nice.  I have a bunch of scripts in my little notebooks & I’m going to do a slightly larger than my normal size comic of vignettes about small town life collaborating with Jason Young & Nate McDonough hopefully for next spring.

More news soon.  Thanks for the interest & support & if you want to be taken off the mailing list just let me know. 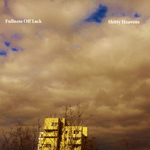 FULLNESS OFF LACK: SHITTY HEAVENS
Based in Warsaw, Poland Fullness Off Lack is a solo project of Mat Gut.  The original concept of FOL was to make music that felt like a full shoegaze/post rock band despite the limitation of a single member, but now things have shifted to more ambient sides of the genre, leaning towards drones & soundscapes, which is how things land on Shitty Heavens.  Vocals as a texture with words indecipherable, so the listener can make their own lyrics based on their own life experiences of rebellion & struggles & victory.
File Under: Shoegaze, Post Rock, Ambient
Recommended if you like: My Bloody Valentine, Slowdive, Cocteau Twins, Nothing
Listen or buy on Silber – http://www.silbermedia.com/5in5/Fullness_Off_Lack-Shitty_Heavens.shtml
Listen or buy on Bandcamp – https://silbermedia.bandcamp.com/album/shitty-heavens
Listen on Spotify – https://open.spotify.com/album/7LE9yPFSHsoKOFpDkcnHqZ 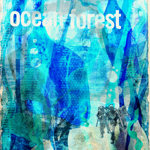 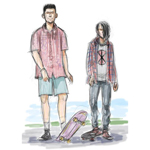 DUSTY TEARS: INTERNET HITS
Shane de Leon (Miss Massive Snowflake) is back to Silber with his long time friend Jamie Smith (Danghead) & together they are Dusty Tears.  Recorded by Smith when de Leon was on a tour stop for Miss Massive Snowflake, Internet Hits really captures one of the great things the 5 in 5 series can do.  You have an afternoon of downtime as a musician on tour?  Hang out with a pal & make something.  Part punk, part lo-fi pop, & part experimental streams of consciousness, this pretty much captures how a mind works after long drives, sleeping in the van, & living the rock & roll daydream.
File Under: Lo-Fi Pop, Streams of Consciousness, Road Life
Recommended if you like: Rllrbll, Miss Massive Snowflake, Danghead, Beck
Listen or buy on Silber – http://www.silbermedia.com/5in5/DustyTears-InternetHits.shtml
Listen or buy on Bandcamp – https://silbermedia.bandcamp.com/album/Internet-Hits
Listen on Spotify – https://play.spotify.com/album/3yqgbopfh9DcoZ25LMGLHT 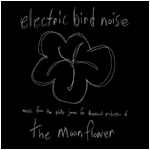 ELECTRIC BIRD NOISE: THE MOONFLOWER
The Moonflower is a murder mystery play by creative powerhouse Philip James Fox (Wicked Gift, Gratisphere) & the Electric Bird Noise soundtrack is essentially a greatest hits collection covering the past seven years of the band. Nearly every musical side of Electric Bird Noise is represented, from discordant ambient jazz structures to synth pop to ambient drone to darkwave to electro. Sit back & solve a murder mystery or how all of these songs come from the same project.
File Under: Ambient Jazz, Drone, Darkwave, Soundtracks
Recommended if you like: Music for art gallery elevators
Listen or buy on Silber – http://www.silbermedia.com/ebn/the-moonflower.shtml
Listen or buy on Bandcamp – https://silbermedia.bandcamp.com/album/the-moonflower
Listen on Spotify – https://play.spotify.com/album/7KswoLDBkx17Apx2ykrYrX