So a bunch of things going on right now.

Working on my comic for the SPACE anthology as well as editing it.  Mine is a really weird photo-comic about faeries.  Here’s a sample photo: 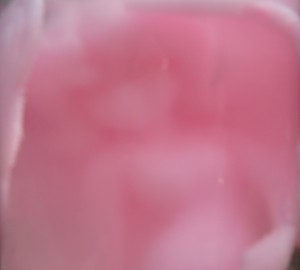 I feel like I haven’t been pushing the QRD Ebook kickstarter too hard & in general the reason is that I don’t know how.  It’s been pointed out to me that the guitarists are obscure & ebooks in general are not something people want to pay for.  But it finally made it to $200 & I announced the stretch goal of at $300 I’ll make the bass player interviews into an ebook as well.  So, you know, contribute or spread the word if you can.  I’d really like to get 100 backers, but I am unsure of that as a real possibility.

If Thousands is in a contest to become band of the week on Flowers in a Gun.

Rivulets has a new track you can hear right here:

Here’s an acoustic duo version of Plumerai doing a track:

While I’m posting a bunch of stuff, here’s a short documentary about Robert E Howard that some British dude made:


Also,  I finally started watching the Robocop cartoon which is kinda terrible, but I have a hard time not watching it.

Recent Dreams:
February 17, 2014
I’m in Russia doing a tour where the shows are so spread out that I’m flying from city to city.  After playing my first show & going to the airport to get to the next gig the ticket agent tells me my pedal board can’t go on an aircraft for security reasons.  I tell her it just flew in with me the previous day, but she doesn’t care.

February 19, 2014
I’m on a nine day nine state tour with Lycia to promote their new record.  In Philadelphia we’re staying with Tara’s brother at his new house.  When we get there, it’s actually my grandmother’s old house.  I can’t really handle it & I want to just wander the streets for a while, but it’s raining.  Her brother has a roll-away cot for me in the basement.  I ask him if it came with the house & he says, “It actually did.”  It’s the same one I slept on 30 years ago.

February 21, 2014
I’m driving my car & I fall asleep for a second & wake up when my car runs over one of the reflectors between lanes.  It scares the crap out of me & I am wide awake & feel like an idiot.  A few seconds pass & I fall asleep again & I’m woken up by my car running over the rumble strips on the side of the highway.  It’s just a matter of time until I kill somebody.