I announced in the first newsletter of 2015 that Silber was going to have a bunch of releases coming up. I know just a week or so ago I told you about the Broken Hearts Broken Sounds compilation (which has actually been getting more blogging buzz than anything we’ve done in a while, which is awesome) & a new issue of QRD, but we already have new things ready for you.  Our 5in5 series is back with two new installments.  If you aren’t familiar with the series, the challenge (or opportunity) is to make 5 songs with a total play time of 5 minutes. 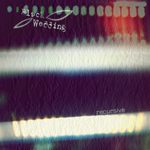 Black Wedding is a collaboration between Joshua Heinrich (fornever) & Julie Johnson (Grave Concerns).  Their 5in5 entry is sure to please those interested in either new wave or darkwave.
http://www.silbermedia.com/5in5/blackwedding-recursive.shtml 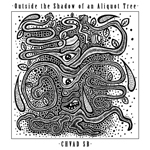 Chvad SB is back with his first release of 2015 (this guy is doing a lot this year!).  For his 5in5 entry he’s exploring with his guitar doing music varying from soothing to unsettling.
http://www.silbermedia.com/chvad-sb/Outside-the-Shadow.shtml

What’s next? 5in5s from Llarks, Parties, & PD Wilder.  A live EP from Remora as a trio.  An EP from What Does the Scanner See.  More than that too… it might be a make it or break it year for us.  But aren’t they all?

I don’t think I’ve mentioned it in the newsletter previously, but I moved to a small town called Sanford, NC about a year ago & I’m actually buying a house here.  The cost of living is lower & the quality of living is higher & will hopefully end up giving me more space & time to dedicate to Silber.  It’s kind of a little scary to be honest, as it definitely is letting go of some of the Silber dreams, but it is also embracing the idea I’ve had since going to rural Mississippi back in 1997 that if I headquartered Silber some place more reasonably priced that it would take less money to make it work & that the lack of external distractions would cause more work to be done.  Almost 20 years late on the idea, but we’ll see if I was right.

Thanks for your interest & support; as always, spreading the word about the work we’re doing can be just as helpful to us as financial support.  If you’d like to be taken off the mailing list just let me know.