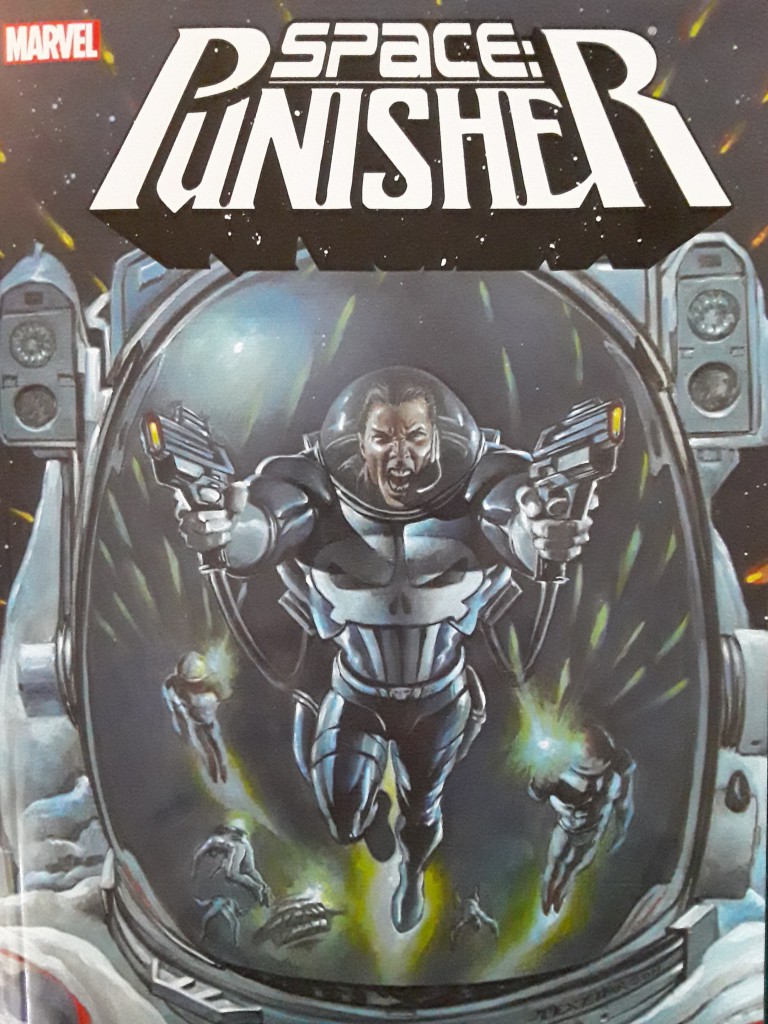 It’s not just me, is it?  The idea of The Punisher in outer space sounds like it could be a lot of fun.  I still think I’m right — it could be a lot of fun.  The problem is it’s not.  The art is a weird style that kinda reminds me of Alex Ross back when he did Terminator for NOW Comics & I think I prefer it to a lot of the coloring & artwork in modern comics.  This tries to cram in a lot of unnecessary cameos that just serve to interrupt the story & the big bad motivations are completely forgettable or unrevealed (I can’t even remember if they were revealed!).  Just go back & re-read the 1986 Punisher limited series instead.  The bonus book here makes no sense as an add on, but is fun & a bit of what I was hoping for.  It’s told as a conspiracy news show story debunking the existence of Galactus as a hoax from The Fantastic Four called Galactus: The Real Story & I’ve seen it in dollar bins on occasion & I’d say it’s worth a dollar. 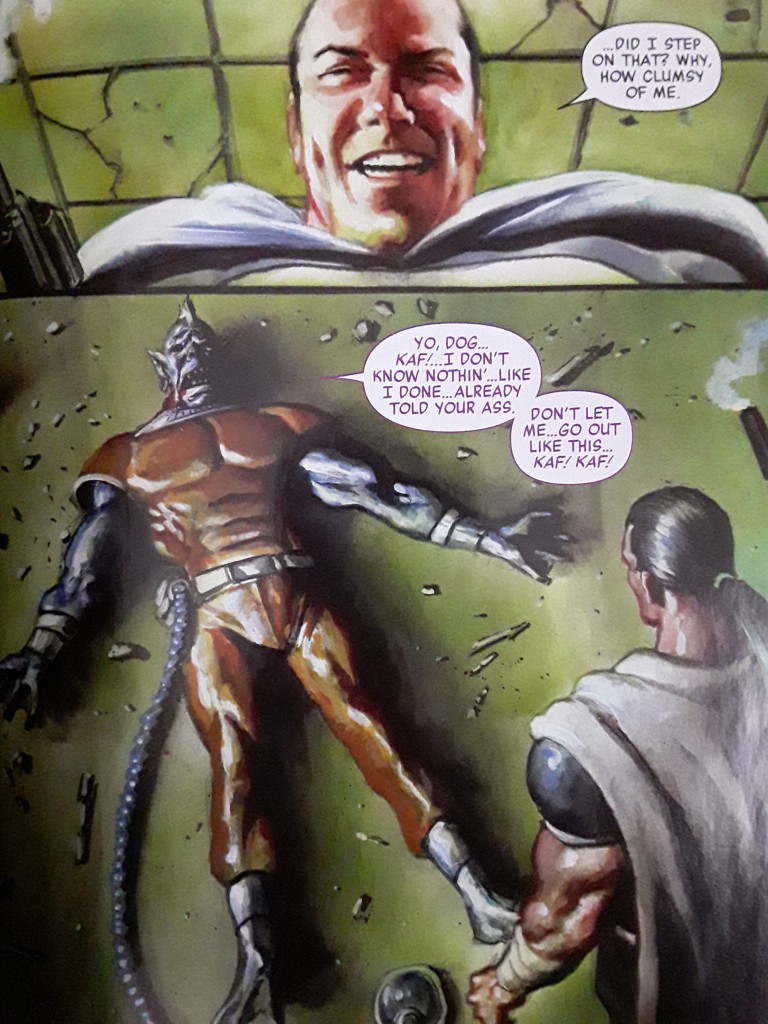 This entry was posted in comics, finally checking it out, reviews and tagged comics, Finally Checking It Out, punisher, review, SPACE, space punisher. Bookmark the permalink.