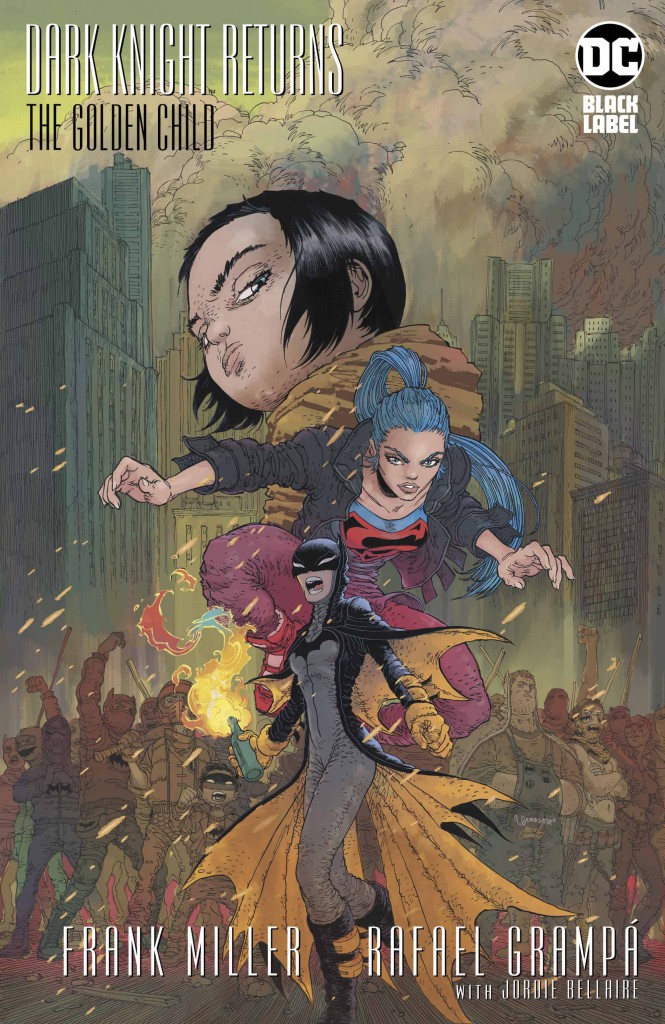 So I am a fan of The Dark Knight Returns & Frank Miller & while I thought DKRIII was fine, I had no memory of it & was excited to see Miller back in this universe of the dystopian future Batman.  So I guess I’d forgotten Batman died & been replaced in DKRIII & I’m generally fine with that.  The art is by Grampa instead of Miller & it really hearkens to Miller’s Lone Wolf & Cub style & is genuinely beautiful.  But I had some big problems with this book.  The whole thing about the DKR world is it takes place 30 years or what have you in the future in an Orwellian type world & while I get that would put it in the present day, the fact is it works best in the near future & bringing it to the current day seems silly to me.  I get that it’s really popular to beat on Trump, but having Trump team-up with Joker & Darkseid seems dumb & lazy & safe.  For me DKR is about Miller experimenting & doing crazy panel design & telling dark stories that are true to the spirit of the characters & this doesn’t do that.  I’m still hopeful that this world is expanded on, but I hope this installment is ignored as a mis-step going forward. 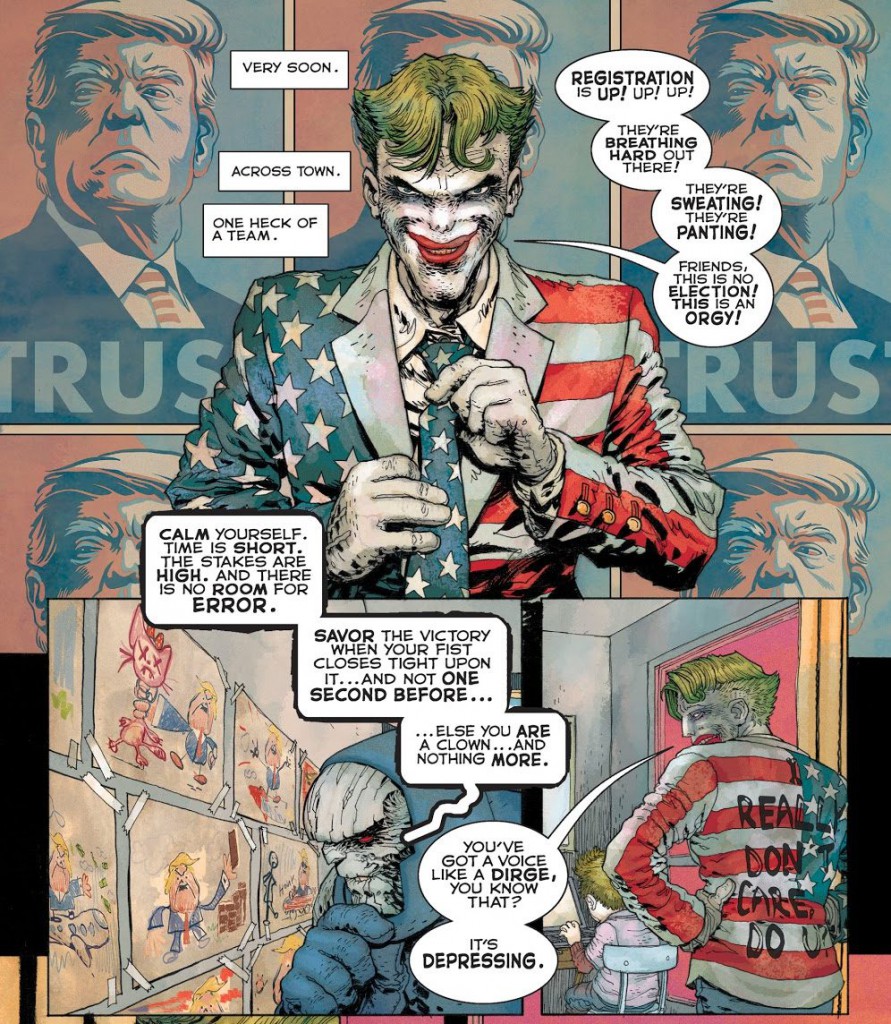