As always, a lot going on here at Silber.

First off in music news is that we have a new album from Yellow6.  Yellow6 has been a pretty steady force in guitar experiments & shoegazery drone for almost 20 years & we’re super pleased to have him officially on the Silber team.  The new album, Closer To The Sea Without Moving is about a lighthouse being claimed by the sea.
http://www.silbermedia.com/yellow6/closertothesea.shtml

Second off in music, we’ve relaunched the 5in5 series!  First off is a nice little cinematic drone set from Lost Trail.  We’ve got about ten more that should be coming out soon.  If I can get myself on a regimen, maybe one or two a week until we’re all out.
http://www.silbermedia.com/5in5/lost-trail-rural-entropy.shtml

Third off in music, we’ve got a bunch more coming before the end of the year including at the very least a trio of Christmas EPs from Drekka, Remora, & Electric Bird Noise.

Our experiment with pushing people to listen to music on Spotify a bit seems to have worked out a bit in that we got six times as much money through Spotify in August as July.  So I’m hoping that encouraging you folks to listen to the Silber catalog in that way while continuing to purchase music from any artists you particularly want to support can encourage to help the label continue to exist in the currently tumultuous music industry.
http://tinyurl.com/silber-spotify

In comic news, we’ve got three new things coming out this week.  Barbarian in Vegas #0 about a barbarian trapped in Las Vegas drawn by Nate McDonough.  The re-issue of Zombie Kisses #1 from 1998 about life after a zombie apocalypse.  Walrus #3 about working as a musician in an elevator drawn by Jared Catherine.  Going out to subscribers over the weekend.  If you’re not a subscriber already, we’ve got a Kickstarter going to get new subscribers.  Spread the word about it if you can.
http://tinyurl.com/tiny-comics

In QRD news.  The new issue is about to happen.  We have about a dozen interviews in, just have to get them all laid out.

Thanks for all your interest & support, it really means a lot to me & if you can let a couple people know about us it really helps out. 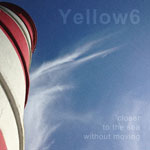 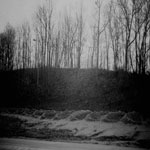 One Response to Yellow6, Lost Trail, & a few other things