Been a while, I hope all is well in your part of the world.  I feel like things are going well even though the world’s been throwing a bunch of curves at me.  The main Silber computer had a hard drive failure & I had to rebuild it.  The whole family had a stomach flu that made me go junkie thin.  My crawlspace flooded under the house (still trying to figure out why).  Some other health issues as well making life a little harder (new low fat, low sugar, low carb, low salt diet is a bit of an adjustment).  My webhost doesn’t want to do a security patch so the digital shop may start failing in July (in which case my contingency plan is getting the catalog up on Bandcamp, which I was planning to do anyway).  But I think it’s a good time to be alive & positive things are happening too.  I got a new fairly industrial paper cutter (thanks to Blake of Copy This for the tip!) that’ll cut down the assembly time of my comics.  I had a good first show of Remora as a drone rock trio with me on guitar & organ & Jason Ward (Irata) on drums & Brian McKenzie (Electric Bird Noise) on bass.  I recorded a pilot for a podcast (still trying to figure out if it’s something I can manage to do in a way I like).  & we have new stuff available for you.

In the comics front we have three new mini-comics about Robert E Howard.  Two pseudo-biographical pieces (REH #10 & REH Another Life #1) & then an autobio book about my lifelong relationship with the man who killed himself over 40 years before I was born.  So yeah, a niche market on these books, but I admit I really only make them for myself anyway at this point.  You can check them out here:
http://silbermedia.com/comics/current.shtml

In the music front we have three new releases.  A new album of art rock meditative jazz from Moodring recorded at the edge of a volcano that really is worth checking out if that sounds even vaguely interesting to you.  A moody pop single from Philip Polk Palmer.  & a split single of post punk & post rock from M is We & Thorn1.  More info on them below, & more stuff coming soon from Electric Bird Noise & Small Life Form & Dusty Tears (a Miss Massive Snowflake side project) & Chvad SB & lots more.  If you are a Spotify user, you can always listen to the latest from Silber on this playlist:
https://open.spotify.com/user/silberspy/playlist/4nuz7tocaNt9OkFetPsHhG

As mentioned above, we’re probably going to be expanding working with Bandcamp.  As an experiment to how Bandcamp works, I’m offerring 100 free downloads of the massive compilation QRD: The Guitarists.  If you are interested in it, just send me an email.

There is going to be a new issue of QRD out in time for Father’s Day (hopefully!) with about a half dozen interviews with musicians & cartoonists.  Keep an eye out on Twitter & Facebook for when it goes live.

Thank you so much for your interest & support over the years, it really does make it feel like the hard work isn’t in vain.  If you want to get off the newsleter just let me know. 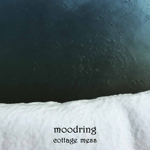 MOODRING: COTTAGE MESS
Moodring is back to Silber with art rock jazz meditations recorded on the edge of a volcano.
File Under: Art Rock, Meditative Jazz
Recommended if you like: Rllrbll, Bauhaus, Can, Bardo Pond
Listen or buy on Silber
Listen or buy on Bandcamp
Listen on Spotify 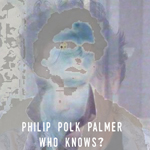 PHILIP POLK PALMER: WHO KNOWS?
An outtake from 2015’s Here in the Deadlights, it seems the time has come around for a song admitting what we’ve become.  There’s a mood to this moody pop gem.
File Under: Moody Pop, Pundit Conspiracies
Recommended if you like: The Church, The Reds, Echo & The Bunnymen, Nick Cave
Listen or download for free on Bandcamp
Listen on Spotify 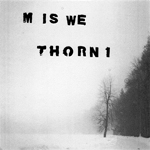 M IS WE/THORN1: YOU CAN’T GET BACK/ASTHMA
Thorn1 & M is We return to Silber with a split single post punk & post rock showing their darkwave & goth roots. Both tracks mixed by Brian McKenzie (Electric Bird Noise).
File Under: Post Punk, Post Rock, Darkwave
Recommended if you like: The Twilight Sad, Aarktica, The Cure, Cabaret Voltaire
Listen or buy on Silber
Listen or buy on Bandcamp
Listen on Spotify

This entry was posted in comics, daily news, music and tagged M is We, moodring, Philip Polk Palmer, reh, Thorn1. Bookmark the permalink.