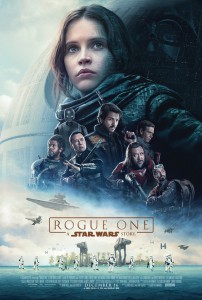 I was born in 1975.  So like a lot of guys around my age, Star Wars was a dominant piece of childhood.  It wasn’t like today when you had infinite access to re-watch something as a kid, only one TV in the house & I think we got a VCR for Christmas in 1983, so most of my ideas about Star Wars come from playing with the action figures with my buddy Sam & only vague ideas about the actual films.  I remember being totally let down when the prequels came out because I remembered Star Wars as this dark edgy thing; but having seen bits & pieces of the originals on TV over the past ten years, I’ve come to realize my memories of the movies are completely inaccurate – which kinda hurts to admit (though I still think Empire seems good & I liked Revenge of the Sith).  A couple years ago when the new Star Wars movie was coming out, me & my wife (who’s never seen any of the Star Wars movies) tried to watch the original Star Wars & we couldn’t make it through it, I was shocked that it crept along at the pace of 2001 & so I still haven’t seen the 7th movie.  But I heard good things about this one & so I got it with my free Redbox rental to watch while working my data processing job.  I have to say the tone of this is fairly close to my personal memories of Star Wars.  A dark bleak world wear resistance is futile, but you resist all the same.  You pray to gods you don’t understand only hoping they’ll allow you to not die in vain.  I hardly think that if you have never liked Star Wars that this movie will change your mind, but if you’re around 40 & been let down by actual Star Wars versus your memories of it, this is a good one.

Oh, & I guess I’ll mention part of what this whole movie is about is answering the geek question, “Why the hell did they make the Deathstar easily destroyed?”  The answer essentially is the main designer was a rebel who intentionally put the defect in, which is a better answer than I could come up with.

This entry was posted in uncategorized. Bookmark the permalink.