I know I have been absent from blogging lately, but here’s our newsletter.  One day I will catch up & start posting again.

I hope all is well.  As you may have noticed already 2014 is turning into a juggernaut year for us in Silberia.  I finally goat all the promo copies for Chvad SB & Electric Bird Noise & Feel No Other out & am happy to be seeing some positive reviews come in that are helping to make me feel the most upbeat about Silber I have in a while.  It’s really nice & I want to thank you all for continuing to support Silber through the rollercoaster ride we’ve been on for nearly 20 years.

We’ve got a new release from out beloved Origami Arktika called Absolut Gehor.  Those of you who remember their past releases know what to expect – norwegian experimental drone folk.  For those of you not as familiar, think of a cross between Einstürzende Neubauten, Sigur Ros, Jandek, & Death in June & you are on the right track.  No reviews of it yet as we haven’t gotten the promos out, but you can read up a little here – http://www.silbermedia.com/origamiarktika/absolutgehor.shtml

In the comic front, we’ve been doing our best to get on a schedule of three every month.  This months issues aren’t out yet but they are Marked #4, Star #4, & Seabase 17 #1.  You can order a subscription (digital or physical) at www.silbermedia.com/comics/subscribe.shtml  Also at the end of June I’ll be in Louisville for the Derby City Con if you want to swing on by.

As far as what’s coming up, the guitarist comp is sequence & dangerously close to finished.  A little further down the line are the debut from Space Sweeper, a live EP from Remora, a collection from The Infant Cycle, a new album from Thorn1, two new issues of QRD (guitarist & comics specials), re-releases of out of print material from Rllrbll & If Thousands, the relaunch of our 5 in 5 EP series, & who knows what else.  Thanks for all your interest & support, it really means a lot to me & if you can let a couple people know about us it really helps out.  If you want to be taken off our mailing list, just let me know. 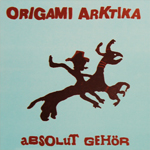 MAY RELEASE ON SILBER 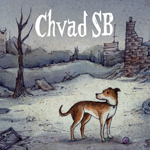 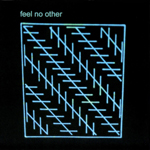 FEEL NO OTHER: Feel No Other
RIYL: Electric Bird Noise, Hitoki Inui, Beirut, Florence and the Machine, Bright Eyes
File Under: Cinematic anime ballads
Info:
Feel No Other returns with their full length debut of cinematic americana storytelling.
More Info & Stream – www.silbermedia.com/feelnoother/feel-no-other-lp.shtml
Sample track “winter is all over you” – 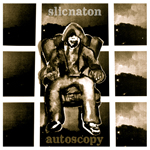 This entry was posted in comics, daily news, music and tagged Origami Arktika. Bookmark the permalink.