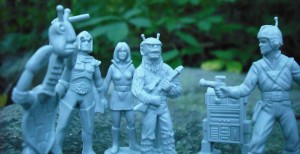 So I got in some action figures the other day that I’m going to be using for some videos at some point in the future.  But I put up this photo of them on Society 6 so people can use it as a phone cover.

Over on A Moment of Cerebus they posted up one of my favorite short pieces by Dave Sim.  A sci-fi comic called Life Suit.

In comic news, Jason Young told me he just finished the pencils for Ultimate Lost Kisses #13.  In related news, he decided to quit his job in order to focus on comics.  So you should help support his efforts.  Mail $3 to P.O. Box 20083 – Dayton, OH 45420 & he’ll mail you a kick-ass comic.

So as you regular readers know, I spent the months of April, May, & June gearing Silber down for a hiatus.  So it’s been about nine weeks now (hard to believe I know) & I’ve come to a space where I think I’m ready to start things up again & not be as stressed out about it all.  So I’ve been gearing things up a little.  The past couple of days I’ve been reaching out to some artists about doing some stuff for the 5 in5 series.  There are a couple other releases that are probably going to be happening too.  I’ll be relaunching QRD as well.  & I’ll be introducing a Silber ebook line.  We’ll see what happens.  I know the glory days of 2006-2008 have come & gone & my plan is to make things that are a little less ambitious & more realistic in their goals.  I think it’s going to be a good spot where I’m happy that 50 people really do care instead of depressed that only 50 people care.

Yesterday I was binging a bit on YouTube & stumbled on these cool stop-motion animation paper cutout shorts.