So I got out the international promos for the Electric Bird Noise disc.  I really trimmed down my promo list drastically on internationals because of the shipping price hike.  I went from 50 to 6.  Scrimping down on the domestic too.  I am following the model a lot of labels have gone to, which is only sending a physical unit on request which means only 1% of the people I contact get a physical unit.  Reviews have gotten a bit scant for Silber on the releases the last few years (both digital & physical), so no reason to spend too much money on shipping.

I made a bunch of new button designs.  You can check them out over here.

I was reading a Q&A interview based indie comic magazine today.  You’d think it would be exactly what I was interested in, but instead everything seemed to be people doing sales pitches.  It makes me think that maybe the interviews I do with QRD that essentially ask no questions about current work might be the way to go.

Here’s a new song from mwvm:

Here’s a new video from Rllrbll:

Here’s a sketch I drew of a hippie Cthulhu: 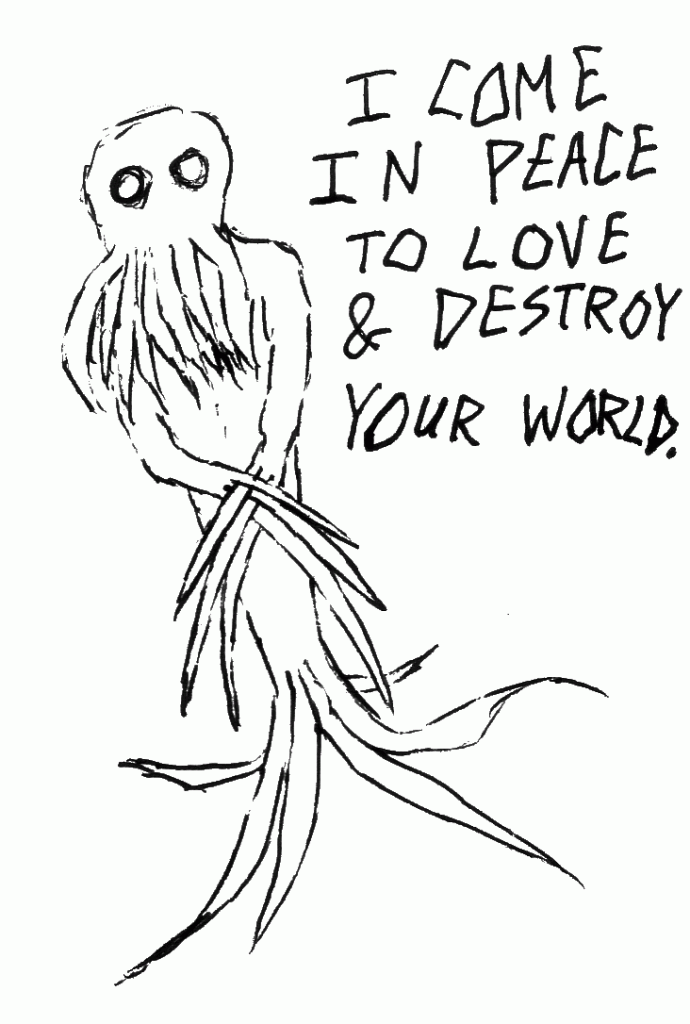 Last Night’s Dreams:
Mike VanPortfleet (Lycia) releases a new four album all used recording one of those old Korg synths that’s made out of wood.

It’s after the apocalypse & they have a ton of us in education camps just to keep us occupied & docile since there isn’t enough work to go around for the number of survivors there are.  The teacher is the same woman I had for english in the tenth grade & I think I’d rather risk the outside world than listening to her talk another day.