So I don’t know how many of you have seen the recent news on Pirate Bay, but the court case has supposedly settled now with the main guys running it sentenced to pay six million dollars & spend a little time in jail.  So a victory I suppose for certain folks.

In related news in the USA they Department for Homeland Security is now fighting illegal content distribution.  Which doesn’t really make a lot of sense.  The law passed is called COICA (Combating Online Infringements & Counterfeits Act) & though some folks are saying it is censorship & spells the end of the internet or it will be stricken down in a few weeks & all these kind of things, I’ll give you the low down of my understanding of it.  All governments have the ability to make certain websites unavailable in their region & this is practiced by a lot of governments (though its use is generally highlighted by Turkey banning YouTube).  The US government is making sites that are hosted outside of our borders & not respecting DMCA (Digital Millenium Copyright Act) & in fact flaunting these facts to no longer be available within american borders.  In addition said websites will no longer be able to do business with american companies such as Google (big hit for sites that get revenue from Google ads) & Paypal (big hit to places that charge fees) & I am not sure who all else (which I believe is why Homeland is in charge hear, they seem to be acting in similar ways to sites regarding terrorism).  So it’ll be interesting to see what happens in the next few weeks as a reaction.  Super savvy internet users will clearly bypass security constraints & still go to these sites.  I hear there are 70 blacklisted sites so far.  We’ll just have to see what happens.

Here’s the paintings I did today.  Probably about at the amount that would be appropriate to have for my display space. 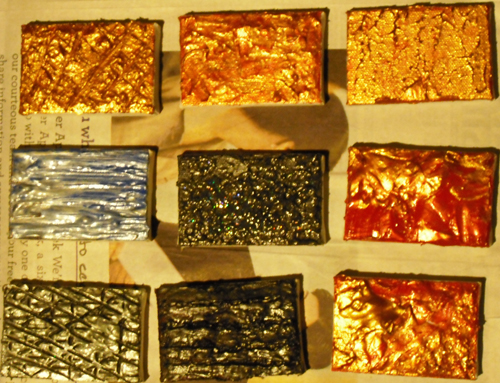 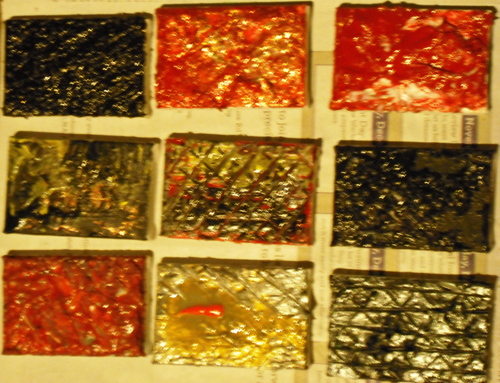 Did some work on a new mini-comic based on a really intense dream I had the other night (but didn’t put on this site because I thought I might use it for a comic).  I’m not sure if or when it’ll ever be drawn at this point as I think I am getting to have quite a surplus of stories compared to artists.  Meanwhile I do still need to write new issues for some of the comics that do have artists.  Need to get myself doing things in a more proper order I suppose.  I don’t know.  I guess it’s a good idea to have a back catalog so after I die I can have a ton more releases just like Tupac.