I hope all is going well.  The warm afternoons we’ve had lately I’ve tried to out maneuver work & take my daughter to play at the park, but we’ve still managed to get some stuff ready for your eager ears the past few days.  An EP of epic guitar & violin based post rock from the final Hotel Hotel studio recordings from back in 2009, the debut EP of glacial krautgaze from Moon Gravity, & an album of psychedelic/experimental pop gems from d’Animal (Dan West of LoveyDove & Sidewalk Society).  More info on them all below & you can save $2 on the download on our sales page – http://www.silbermedia.com/sale/

Of course if you’re a Spotify user you can always listen to the ten latest releases from Silber here – https://play.spotify.com/user/silberspy/playlist/4nuz7tocaNt9OkFetPsHhG

Over the next few months I plan to be putting the entire Silber back catalog up on Bandcamp.  So if you’ve ever thought about doing the Bandcamp subscription thing, now is probably a great time to do it.  In fact for $7 you get the three newest releases plus four out of the back catalog along with the stuff coming soon.  Here’s the link – https://silbermedia.bandcamp.com/subscribe

As far as the up & coming releases, the M is We/Thorn1 split as well as the Space Sweeper album have been postponed a little by us making videos for them, but should still be out soon as well as releases from Fullness Off Lack, Jon Dawson, Andrew Weathers/Shaun Sandor, Moodring, & Small Life Form.

Thanks for caring about our work.  It’s always good to know some people still care about the work we’re doing.  If you want to be taken off the mailing list, just let me know. 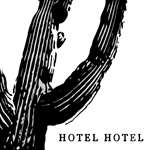 HOTEL HOTEL: CACTUS HANDS
Recorded in 2009, Cactus Hands is the first half of the follow-up to The Sad Sea.  The band expanded from what I think of as their classic three piece line-up (guitar, violin, drums) to have piano, bass, & a second guitar.  Soaring shimmering instruments, this is post rock from Texas.
Listen or buy on Silber - http://www.silbermedia.com/hotelhotel/cactushands.shtml
Listen or buy on Bandcamp - https://silbermedia.bandcamp.com/album/cactus-hands
Listen on Spotify – https://play.spotify.com/album/250kddxiwRRBiiQbgeq1dg 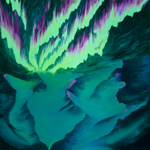 MOON GRAVITY: ANTARCTICA
Moon Gravity’s debut Antarctica is a droney, shoegazey soundtrack for freezing winters, its sound living in the realm somewhere between Slowdive & Stars of the Lid.
Listen or buy on Silber - http://www.silbermedia.com/moongravity/antarctica.shtml
Listen or buy on Bandcamp - https://silbermedia.bandcamp.com/album/antarctica
Listen on Spotify – https://play.spotify.com/album/1ivc9DPztJaZOomCn9goTJ 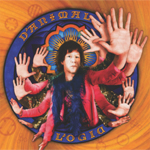 d’ANIMAL: d’ANIMAL l’OGIC
This is a poppier spin on the Silber style & we’re excited to have it in our catalog. Combining both timeless 1960s psychedelia & ahead of its time experimental pop, d’Animal l’Ogic fits in at the party whenever the collective time machine crash lands in a post modernist pop paradise.
Listen or buy on Silber - http://www.silbermedia.com/danimal/logic.shtml
Listen or buy on Bandcamp - https://silbermedia.bandcamp.com/album/danimal-logic
Listen on Spotify – https://play.spotify.com/album/3R7laxuT6scuCXfDeepajF