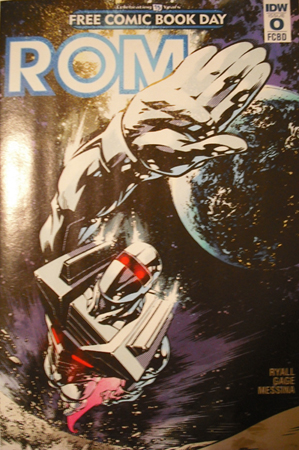 So for those not in the know, Rom is a failed toy from 1979 & a moderately successful Marvel comic in the 1980s.  Because of the comic being based on the toy there are weird licensing issues that have caused Rom to not be reprinted & both drop into obscurity & gain a cult like following.  So anyway, I liked Rom as a kid & while I haven’t re-read the whole series, I have read a couple issues in the past couple years & they still seem good.  The basic storyline is an alien has his body fused into robot armor so he can fight some weird shape shifting magic wielding demonic aliens called Dire Wraiths & eventually he lands on Earth to fight them & interacts with the various Marvel heroes.  So it’s kind of a sci-fi/horror/super hero hybrid.  So the rights that make it non-reprintable also made making new stories unpublishable, but one of the owners of IDW is a big fan & fought to get the rights to continue the series.  Knowing he had such love for the character, I had pretty high hopes for the reboot & I’m sad to say I was really let down.  For me it felt like a fan comic I’d see & not buy at a local convention.  I didn’t like the art & the story was nothing special.  I think there is potential to tell more stories in the Rom mythos that are good, but I don’t think it’s going to happen this time out (nor did it last time out with 2000’s Space Knights mini-series).  I’ve waited thirty years for more Rom stories, but I’m totally satisfied with the old ones & think I’d be fine with him staying dead… even if I admit I’d get a thrill from John Carpenter making a movie about him. 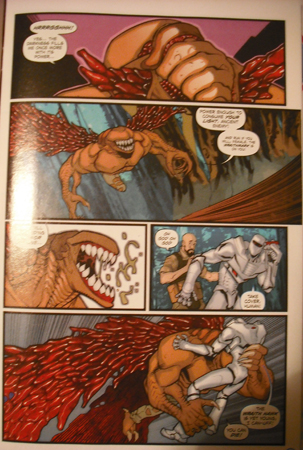 This entry was posted in somewhat relevant and tagged Comic, review, rom. Bookmark the permalink.