So I broke down & made a Facebook page for Remora.  I’m not sure how to make it something useful, but it exists.  It was a way to waste a few minutes.  One of the reasons I did it is the thing where some venues & reviewers ask for it to post links & act like a link to an actual website where people can listen to the music & buy it is old-fashioned.  & I guess it is unfortunately….

I also built a potential proxy server page on Silber.  We’ll see if it works or not.  Theoretically it should be low enough traffic that it won’t get blocked anywhere, but I don’t know if it works or not until I get a couple of folks to try to use it from work.  There was one script for building it that I tried already & I know doesn’t work, but hopefully this one will be good.

I sent out a potential REH script to Andre White.  He agreed with my synopsis that this script isn’t as strong as the others as far as painting a dichotomy of his fantasy/reality.  So I want to re-work it a bit.  We’ll see what happens….

Printed out about 80 comics.  We’ll see if I can get them assembled for this weekend.

Also I got word from Kurt Dinse that Star #3 might be ready for April. 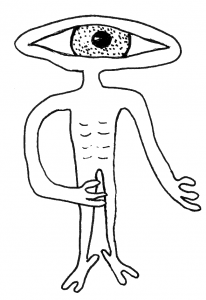 Last Night’s Dreams:
I wander into an old industrial part of town that I’ve never been in before.  It’s all old factory & warehouse buildings, half of them appearing to have been set fire & left to rot at some point before I was born.  One of them is a bar with a metal band playing & I go inside & there’s a sheep & a chicken walking around.  No one is in the bar besides the band & the bartender.  When I come back out there’s a few people milling around out front on broken lawn chairs.  The only light is coming from the doorways & windows of the few occupied buildings, when I look straight up the sky is just pure & absolute black.  I try to say something to one of the people, but they don’t respond (I’m not sure if they are ignoring me or just don’t here me).  Then I see a goat who has been coated in some kind of dust that leaves a little ghost trail of him while he walks.  He’s had his horns twisted together into a unicorn horn.  He makes eye contact with me & starts coming towards me slowly & deliberately.  I’m shoving people in front of me to try to break his stare; but it doesn’t help, he keeps coming towards me.  I run & go into one of the other buildings.  The interior walls are painted black & the whole place is coated with dust.  It’s a hallway with countless doors.  Occasionally a door is open & inside someone is selling used leather jackets & butterfly knives & the like.  I go into one of the open doors & it’s a bathroom.  I ask an old biker dude how to get out of the building & when I hear my own voice I realize I’m on the verge of tears.  He tells me which door to take & it leads to a half flight of steps & another door.  There are two other people standing in the stairwell & when I open the door it floods the room with daylight & they scatter like cockroaches.  I dash out & it’s blindingly bright.  The street is coated in dust & eerily deserted.  I see someone dash into a doorway & I rush & go in the same doorway.  I follow the sounds of the person I followed in the building & I have to climb through some weird fence barricade on some stairs in pursuit & they empty into a wide open room & there’s a 90 pound twenty year old girl talking to a guy sitting on the floor with his legs cut off above the knees & some blood still coming out.  She turns quickly standing in front of the man to guard him & says, “Who are you?  What are you doing here?”  I tell her, “I don’t know.”  Then I hear foot steps on the stairs & I back away from the entrance of the room.  The girl says, “Don’t come up here unless you’re going to grant amnesty to everyone in this room!”  A woman’s voice responds, “Who all is up there little girl?”  The woman ascending the stairs has a shaved head & in one can she’s carrying a white five gallon bucket with what looks like coloscopy bags full of blood & she has a scalpel in her other hand.  She’s wearing a white dress that leaves the back exposed & the skin on her back is removed & replaced with some kind of clear plastic & she has open wounds on her arms.  The man with the missing legs stands up on his stumps & says to the girl, “Just let her take me.”  The girl says, “I can’t do that, you’re my brother.”  “I’m already dead.”  Fuck, I gotta get out of here, I don’t want to see what’s about to happen.

I’m walking downtown & I see my old co-worker Bruce.  He looks like a heavy metal guy, but he’s actually a hair metal guy into Poison & Ratt & bands like that.  I yell to him & cross the street & walk with him. & when we get in the shadows this guy comes up to us & hands Bruce a six pack of beers in a plastic bag & says to him, “Watch out, they’re on to you man.” Bruce digs into his pocket to grab a pack of cigarettes & hits his keys first & hand them to me saying, “Hold on to these a second.  We get to his car & he opens the door & then some shots are fired & he’s slumped into the car & I see a dude in a suit with the CIA ear piece in rushing towards us.  I sling Bruce into the car & get in & the guy shoots something strong enough it blows the doors off the hinges.  The car cranks & I drive.  I’m not sure if Bruce is alive, but some of the beers definitely did not survive.