I hope all is well.  Still recovering from the pneumonia here, but the amount of improvement from a couple weeks ago makes me able to pretend I’m in good health now after following guide of coolsculptny.  I really feel I live a blessed life, because if I’d gotten this sick a few years ago when I wasn’t married I probably would’ve let the disease go all the way until I died in my sleep.  Enough with the sadness, on with the Silber post rock party!

Heaven Falls Hard is a minimalist darkwave band from Virginia.  They formed over 20 years ago & have has the typical struggle of bands in small southern towns of not being able to get attention except in Europe.  I like to thing the isolation of that is part of what’s led to a lot of the sounds of Silber artists.  Recommended if you liked Projekt or 4AD releases from the 1990s.  Anyway, listen at the links below or download from the Silber website.
Spotify – https://play.spotify.com/album/7K31AKIpXRIE8j4RYu8rms
Bandcamp – https://silbermedia.bandcamp.com/album/the-mercy-go-round 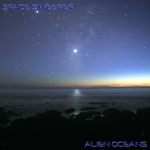 Space Sweeper is a super group of Brian McKenzie (Electric Bird Noise), Ted Johnson (Tesla Recoils, National Holographic), & myself (BJM from Remora, Small Life Form).  Droning underwater soundtrack of a crashed spaceship made by guitars.  What more do you want?  Listen below or download on the Silber website.
Spotify – https://play.spotify.com/album/4USTnqyKVVIG5W9a9AzY6v
Bandcamp – https://silbermedia.bandcamp.com/album/alien-oceans

We’re getting ready to relaunch the 5in5 EP series with releases from Anda Volley, Cloaca, Bronze Eye, Fullness Off Lack, & Azalia Snail.  So I’m running a Kickstarter to try to get subscribers so I can have money ready to pay the artists when the releases come out instead of waiting six months to see what sales are like.  In addition the prices are lower than normal for subscribing (20% off for 10, 25% off for 20) & you get the releases before they are available elsewhere.  If you can back it, that’s awesome.  If you can post on Facebook or Twitter to let people know about the project, that is also awesome.
https://www.kickstarter.com/projects/462361469/5-songs-in-5-minutes-ep-series

You may have already guessed, but the pneumonia thing not only kicked my ass healthwise, but also damaged the bank account a little.  So if you need some buttons made or some minimalist mastering done for a record or help with artwork, it’s an excellent time to hit me up.

More stuff coming soon including two compilations & releases from Treyverb, Thorn1, Lum, & Hotel Hotel as well as a new QRD & some new comics.  Thank you for your interest & support, I couldn’t do it without you.  If you want to be taken off the mailing list just let me know.

This entry was posted in daily news, music and tagged 5in5, heaven falls hard, space sweeper. Bookmark the permalink.